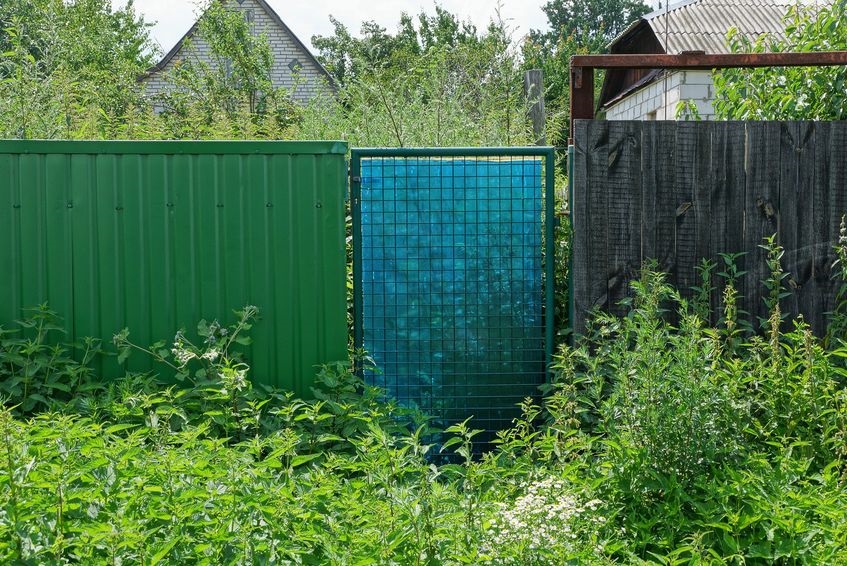 If you’ve ever gardened or cleared land in North Carolina, you may have come across a poisonous plant or two. In fact, it’s likely that you have considering that our state has over 600 different species of poisonous plants. While some of these plants are more common than others, all of them have the potential to be dangerous to animals and humans.

It probably goes without saying that if you aren’t 100 percent sure what something is, you shouldn’t eat it or let your pet eat it. But, since there are so many poisonous plants in North Carolina, we’re going to limit this article to discussing plants that are poisonous to the touch.

Also known as the common nettle, the stinging nettle is an herbaceous perennial found throughout the world, including the southeastern United States. Stinging nettles in North Carolina are a fairly common site; found most often in shady areas or fields where there is plenty of moisture. 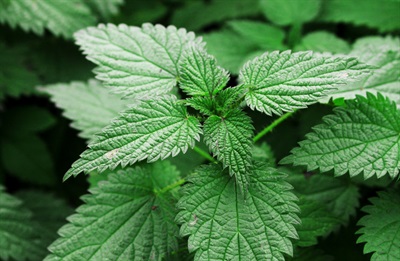 Stinging nettles are typically thin and tall, standing between 2-4 feet on average, and can be covered with chains of tiny, green-white flowers. Stinging nettle leaves have a jagged appearance that resembles mint. Though they do not necessarily look dangerous, the bottoms of nettle leaves are covered in small hairs filled with chemicals.

What happens when you touch a stinging nettle?
The hairs on nettle leaves are hollow, and are filled with both formic acid and histamine. When these chemicals come into contact with the skin, they commonly result in a painful, burning itch that can last for several hours. In some cases, stinging nettles can also cause the skin to become red and blistered.

Technically, there are two types of poison ivy: eastern poison ivy and western poison ivy. It grows in Asia and North America, with the exception of Alaska, Hawaii, and California. Poison ivy thrives on “disturbed ground,” so it can grow just about anywhere in North Carolina, including the woods, fields, parks, and your own backyard. 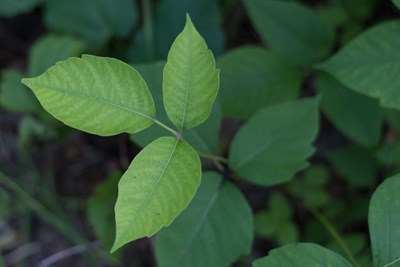 What does poison ivy look like?
Poison ivy typically grows as a vine or a small shrub, depending on which type it is. During certain seasons, you may see poison ivy plants with yellow-green flowers or gray-white berries. Poison ivy leaves are typically green but can be red during the fall, and are found in clusters of three on the end of each stem.

What happens when you touch poison ivy?
Poison ivy leaves are covered in urushiol. This oily substance can cause itching, redness, swelling and blisters. Typically, it takes 1-2 days for a poison ivy rash to appear, and 2-3 weeks for it to subside.

Like poison ivy, there are two types of poison oak: western poison oak and Atlantic poison oak. The plant also grows in the same types of habitats as poison ivy, but is only found in the southeastern quarter of the United States and in the states that border the Pacific Ocean. In North Carolina, poison oak is often found on the coastal plain. 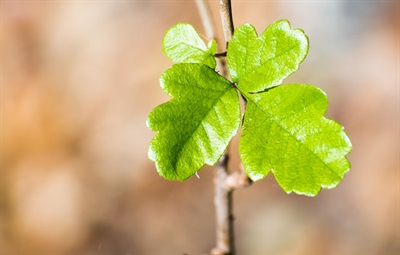 What does poison oak look like?
Poison oak is typically found in the form of a short shrub or vine. It’s leaves come in clusters of three, but are shaped like the leaves typically found on true oak trees. The color of poison oak leaves can range from copper to green to red, and the plant will sometimes grow green or tan berries.

What happens when you touch poison oak?
Most poison oak rashes begin to appear within 1-2 days around the victim’s wrists, ankles, or neck. It causes the typical itching and redness, but can also cause life-threatening allergic reactions in some individuals.

Poison sumac is not nearly as common as its cousins. You're typically only going to find it in wet, low-lying habitats in the eastern half of the U.S., like in the swampier areas of North Carolina. 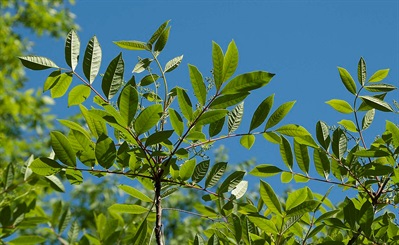 What does poison sumac look like?
Poison sumac plants look like shrubs or small trees. Their reddish-brown leaves always come in clusters of odd numbers, typically 7-13 leaves at a time. The leaves are arranged in pairs with the exception of the single leaf that can be found on the end of each branch. Poison sumac can also grow grey or white berries during some seasons.

What happens when you touch poison sumac?
Just as with poison ivy and poison oak, poison sumac leaves contain urushiol. Reactions include itching, burning, and redness that takes a couple of days to show up and can last for 3-4 weeks.

Wild parsnips can be found all over the world and in most parts of the United States, excluding Hawaii and the Deep South. A resilient plant, wild parsnips can survive in a wide variety of habitats, both wet and dry. 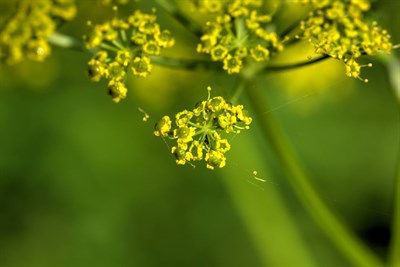 What do wild parsnips look like?
Wild parsnips can grow to between four and five feet tall. Its stalks are long and hollow with deep grooves and tiny hairs. At the end of each stalk are clusters of tiny yellow-white flowers, bunched together in a rosette shape.

What happens when you touch wild parsnips?
Wild parsnips contain sap filled with furanocoumarin. This irritant causes the victim to suffer a chemical burn, not an allergic reaction and can result in severe blistering, redness, and pain. Wild parsnips can also cause the skin to be irritated by sun exposure for several years after contact.

Even though the chemicals in these plants differ, the treatment for a mild reaction is generally the same: 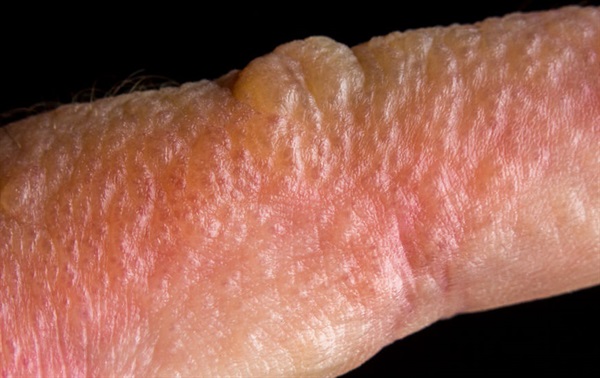 Regardless of how mild you think your reaction is, it’s always a good idea to consult a doctor whenever you’re exposed to poisonous substances. Additionally, if you notice any of the following signs of a severe reaction, you should visit the emergency room or call 9-1-1 immediately: Now that you know a little more about the plants that are poisonous to the touch in North Carolina, you can jump into your next gardening or landscaping project with confidence. And don’t forget, once you’re ready to start that project, American Property Experts has everything you need to get started.

Need to lay down mulch or soil? Our bulk topsoil and mulch calculator has you covered. Plus, if you need help with soil screening, wood grinding, or land clearing, we can help with that too. Contact us for an estimate or to get help planning your North Carolina landscaping and gardening project.